- July 10, 2013
I don't recall when I first read about Madoo, but I would guess it was a magazine article or perhaps a review of 'Notes From Madoo' , Robert Dashes' book published in 2000. How I wanted to visit , but at that time in my life it seemed quite impossible. But opportunities sometimes present themselves and this summer my friends and I stepped through the portal into a garden I  thought I would never see.
Visiting dozens of gardens every year puts you in a position of  discernment. It's easy to be disappointed when the garden toured  lands under the ever-rising bar. The more gardens , the higher the bar climbs. As grateful as I am for the existence of the venerable Garden Conservancy, there are invariably  duds on Open Days .Sometimes the garden is just not to my taste, sometimes it's just not that great--and how subjective our vision of gardens is! These gardens all belong to someone,  someone loves them, cares for them or hires someone to do so . As the reports from 2013 Garden Bloggers Fling appeared, my favorite garden may have been someone elses least favorite. We stroll, we raise an eyebrow, we swoon with envy or sneer discretely with disdain and the gardens sink or swim. Madoo sank. But why ? Some of us assumed that the conservancy had some serious funding issues ..though you would think almost any concern in the Hamptons would be showered with cash, especially when it involves an artist and a garden that is considered iconic .So sure was I of the resource issue , when I arrived back  home from New York I began to research the garden, assuming I'd find info about needed restoration, angst-imbued  fund raising requests, calls to rally the troops to Save Madoo ! etc. In fact there was nothing of the sort, only the usual solicitations for membership you would be accustomed to seeing for any public garden in the nation. On the conservancys website  there are announced events, weddings, classes, with no hint of  desperation.
In my quest for information this is what I discovered: Mr Dash is still in residence, an octogenarian , but still it is his garden.I looked at images of his paintings. I found a You-Tube video featuring in interview with P. Allen Smith (ed. note : Do you call him P ? Or Allen ? And does his hair ever get messed up ?)  in which Smith was appropriately reverential , and Mr Dash may or may not have known exactly who he was. Both Dash and Madoo are revered as an important presence in the community. On the website I found links to several delightfully Perenyi-esque columns in the local newspaper written by Dash,  every one of which I loved.   It seems that the general population of the Hamptons do not feel that Madoo is in decline. So is it me ? Did I just not 'get it ' ? I have no problem with art in the garden (preferably good art) or the garden AS art. I have no problem with interesting pruning or sculpting of shrubs if done well-and here though the forms were unique it looked like the local mow and blow guy from the corporate park has been in with his scalping tools.There were weeds, fading paint (though the most famous views were well maintained) creaky infrastructure. There were many things that were clever, many things that were disheveled. The latter could describe  great swathes of my own garden(though I don't charge 10 bucks for you to come over) and so who am I to dismiss Madoo ? In the words of the King of Siam ..tis a puzzlement.


This was my favorite device..the archy conifer , the blue gate. 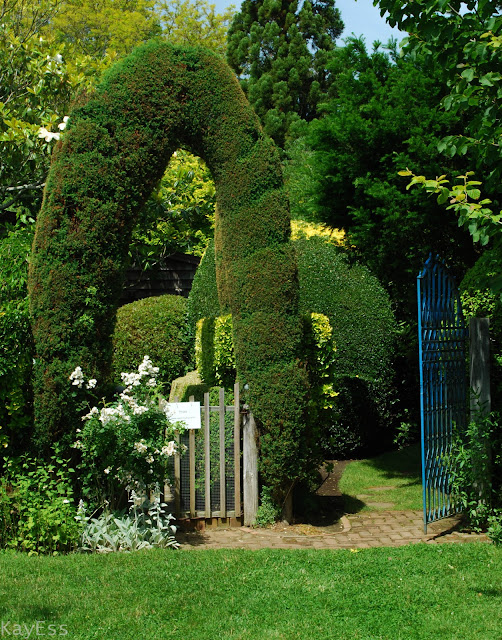 We've all seen this ; near the entrance the paint was fresh. 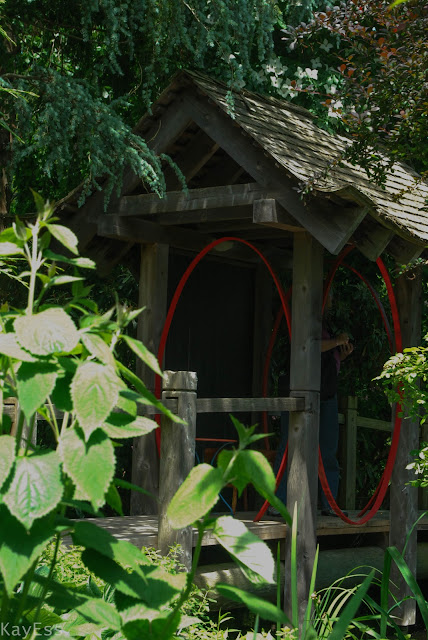 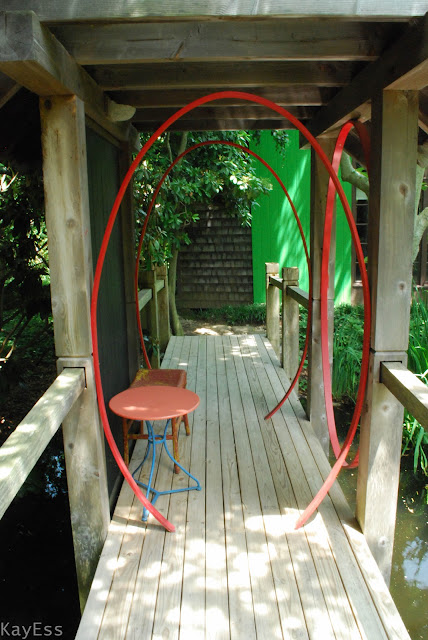 This was another favorite area, but one that I think you need to walk into to fully appreciate: the trees and boxwood interrupt the path ..perhaps the goal was to make the visitor stop, slow down. 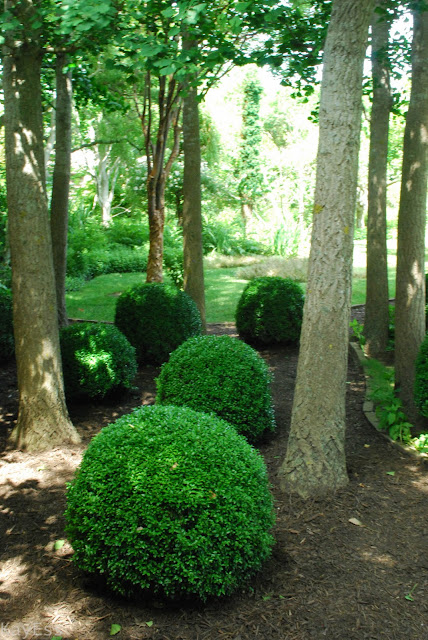 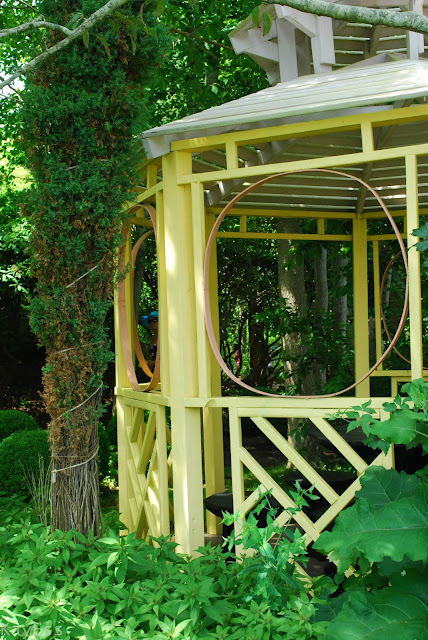 This made me think of Heronswood..forest temple vibe. 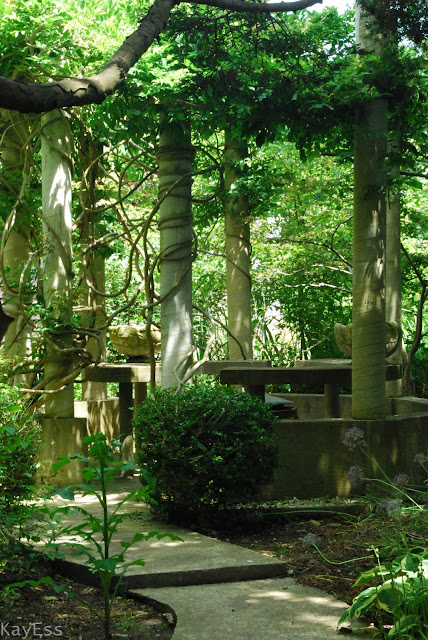 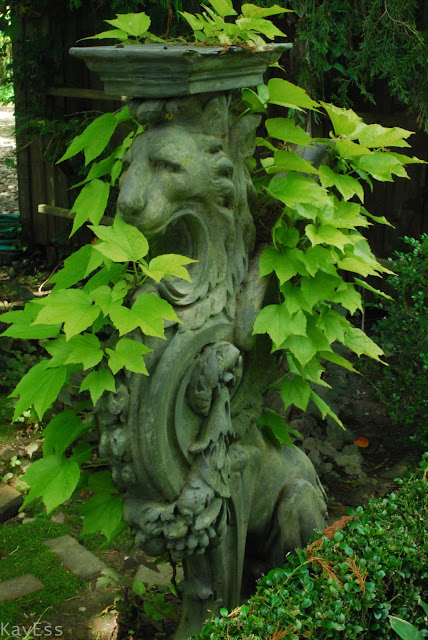 I liked the irregularity of the pruning here, but the skeleton was in plain view. Shrub revival needed. 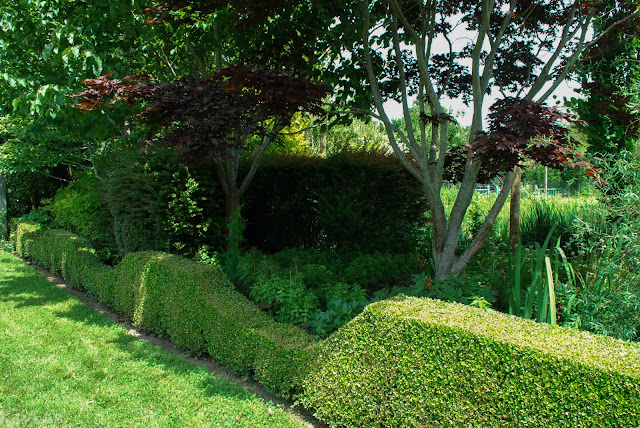 This Hornbeam (?) arch was fabulous... 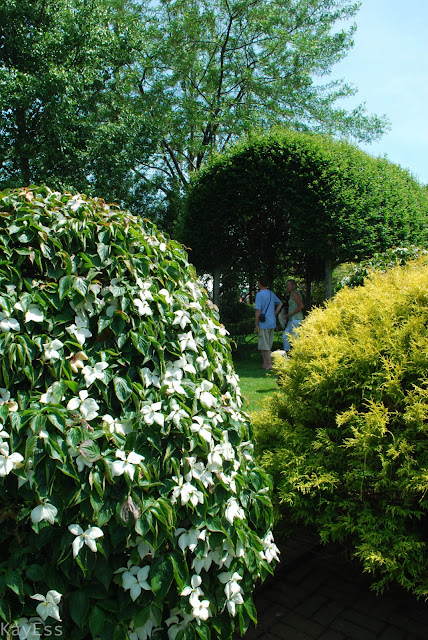 ....this weedy and sparse garlic patch was not. 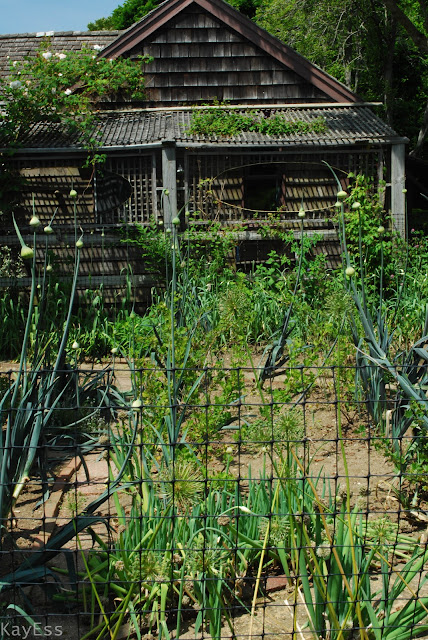 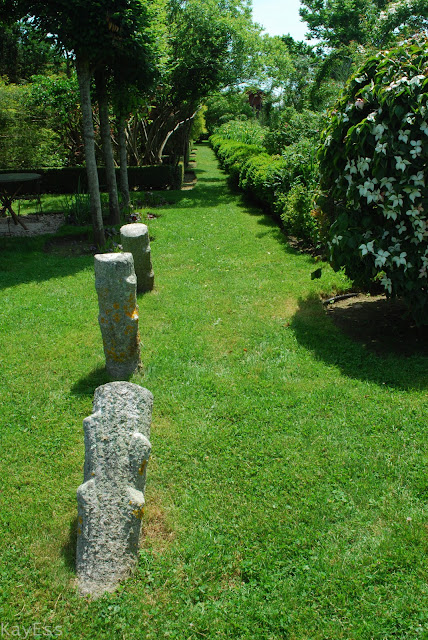 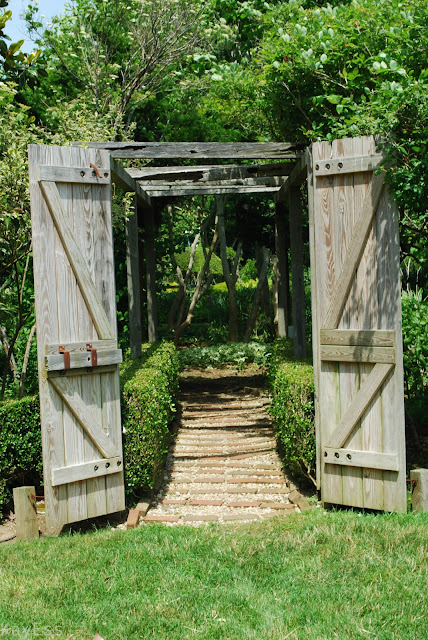 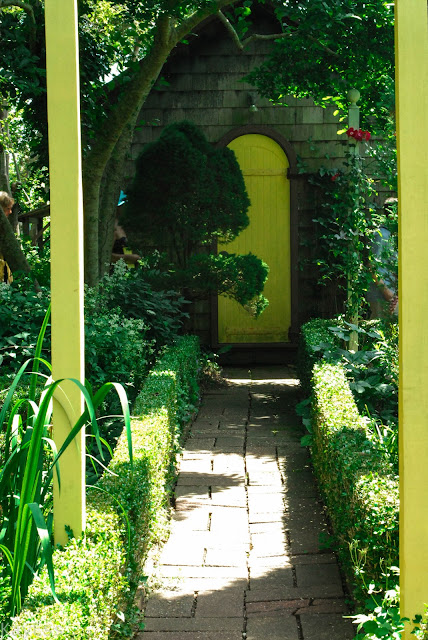 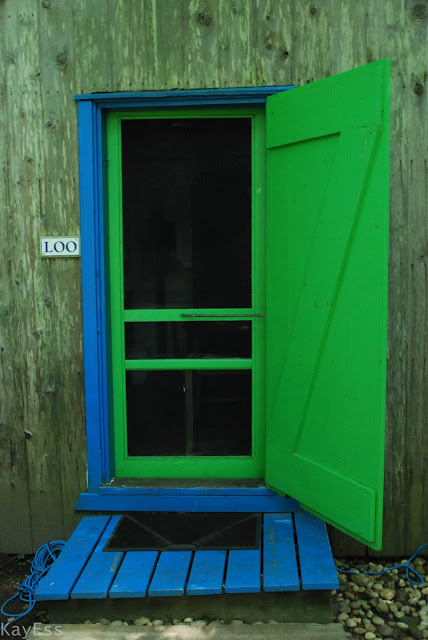 I've reconsidered the imperfections here..If I tried to do a rill it would probably look like this. These borders are likely very colorful now, a couple weeks plus after this image was taken. 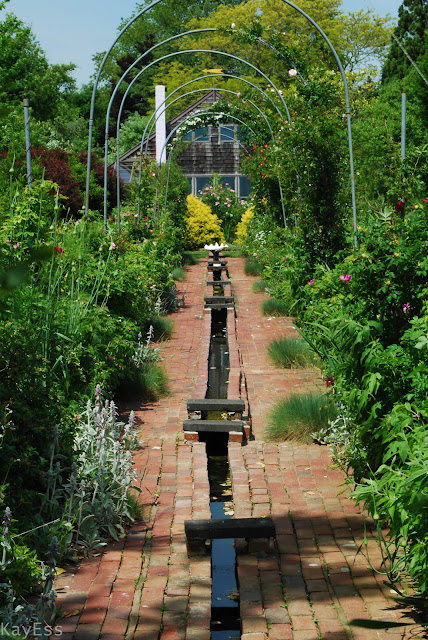