Showing posts from 2017
Show all

In the Rear View Mirror -A Photo Workshop at Western Hills 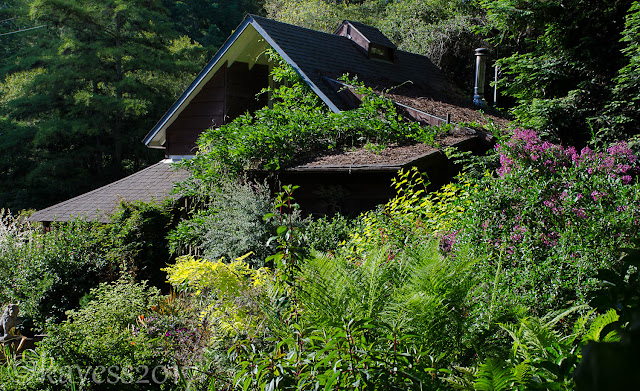 Way back in June (summer seems like such a distant memory) I attended a full day photography workshop at the iconic Western Hills Nursery -now known as Western Hills Gardens. Any visit here is a step back in time to the days when many of the exotics that we commonly grow now were rare, never seen and never sold except for here at Western Hills. I remember my first visit in the early 80's a new transplant  from Southern California. Though I had been in the nursery trade for almost 10 years , I was completely lost in a sea of plants I had never seen or heard of . I was not aware that I was visiting during a period of transition for the garden , that the subtle air of dishevelment  the lack of plant tags and the careworn infrastructure were all a sign that the resources to maintain the garden and nursery were dwindling.  After years of uncertainty and neglect the garden found new stewards who are mindful of the historic nature of Western Hills and have worked diligently to restore
14 comments
Read more

New Life for a Hateful Area 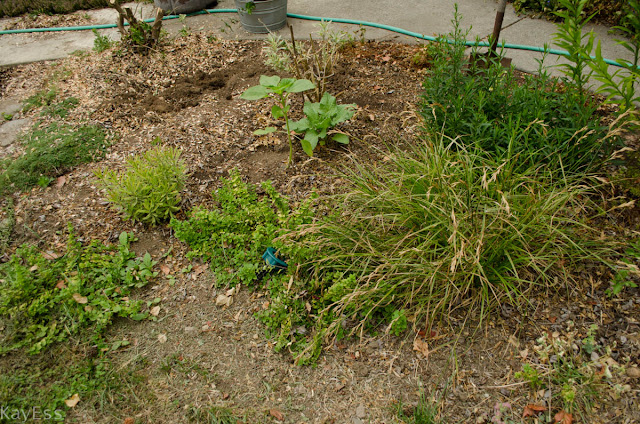 Back in August of 2014 I posted about the Hateful Areas in my garden . You would think after three intervening years that I would have dealt with most if not all of these eyesores , however it was only this summer that I began to tackle 3 of them in earnest. Today we'll take look at what I now refer to as my Tiny Succulent Garden -an upgrade from hateful I think.   Here is the space as it looked in 2014. This small bed is directly outside the back slider into the garden, and it rarely looked good. Complicating the issue is the exposure, which is shade all morning and strong hot western sun in the afternoon. Because of the sun angle and the brief period of direct sun anything I planted here either flopped or burnt up.  I decided to plant it with winter hardy succulents . Most of my succulents are grown in containers, and there were a few that were begging to be liberated. Last fall I dug up everything in this bed and either moved it or put it in the yard waste . I planted
14 comments
Read more 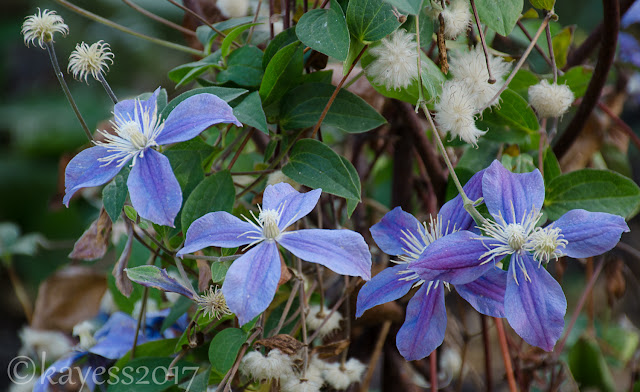 For the first time in several days I have been able to spend at least some time out in my garden, with frequent trips indoors where the smell of smoke from the ring of fires around us has been mostly closed out. Until yesterday, going outside without a mask on was unthinkable . Winds that came up to fan the flames further in the hills ironically cleared smoke out of the valley for a small respite.  Winds have died down again this morning which is a huge plus for the thousands of firefighters working the lines .  Our temperatures have been warm and there has yet to have been a nights that is close to imposing the first frost, an event that seems to come later and later the last few years. What we truly need is the first rain, and while there is some slight chance of rain for our far north coast late this week it does not seem to be on the agenda for wine country.   Nevertheless, the garden always gives and there are a few floral gifts still to be had.  Clematis Arabella will keep
16 comments
Read more 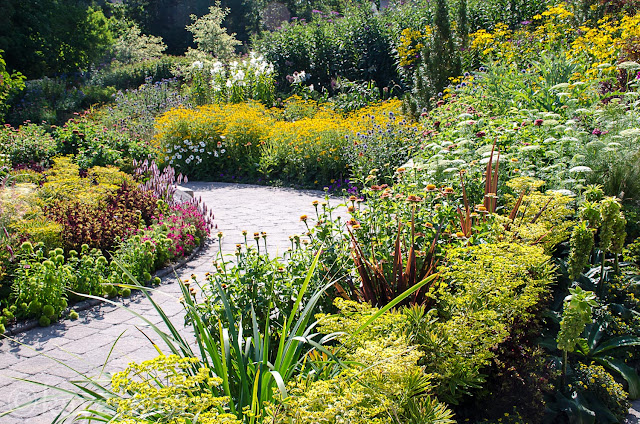 In August I made my 3rd visit to the marvelous Coastal Maine Botanic Garden in Booth Bay , a charming harbor town on the coast of Maine.There is lobster there-it is fresh caught and plentiful.The garden itself is first rate; beautifully designed and maintained, it holds it's own with any public garden I have visited regardless of size or location. Clearly the maritime east is completely irrelevant to my climate zone and the more I visit gardens across the US , the more I realize that there are schemes I can never execute and plants I can (or should) never plant . I live where there is absolutely no rain in summer and by now in October the dryness of my garden- in spite of weekly irrigation -has taken  it's toll, and there are many commonly used plants in the east that just can't tolerate both the lack of rain and the lack of humidity. There is nothing like rainwater, and as much as I dislike that humid factor the plants seem to love it. Not to mention warm nights which we
16 comments
Read more
More posts