Showing posts from April, 2017
Show all

Do-Over at the Nichols Garden 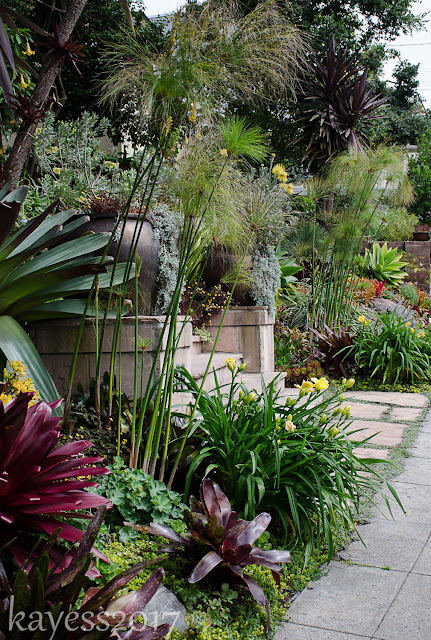 My first visit to this garden was on the occasion of Garden Bloggers Fling, San Francisco in 2013. This was the year my camera went belly-up on the evening of day one and thus I had few photos of any of the gardens we visited . Thankfully our friend Alison over at Bonney Lassie had cleverly brought along her point and shoot and kindly let me borrow it , though the unseasonable heat wave and horrible photo conditions were not in my favor . At that point I also had an early generation iphone that took such abysmal photos  I didn't even bother to use it. The Nichols garden in Piedmont (the high rent adjunct to Oakland) was a favorite among my fellow Flingers and I have been regretful that I was not able to document it to my satisfaction. This year I was thrilled to see that this garden was included on the Garden Conservancy Open Day on April 22nd . I took many many photos , and I am only sharing a portion of them here; Gerhard from Succulents and More joined me there and I expect
25 comments
Read more 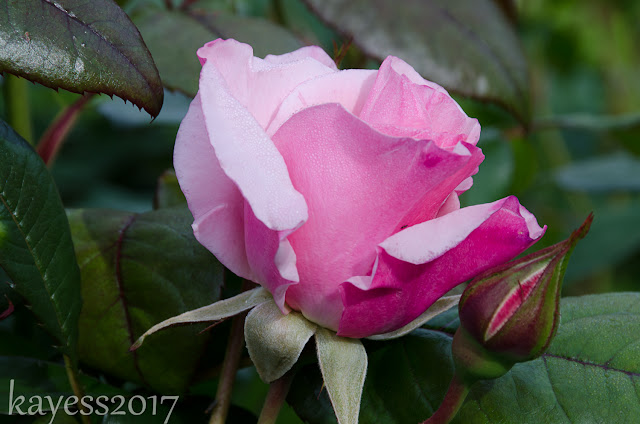 On the back end of Bloomday this month-I love it when Bloomday falls on the weekend so I can have a leisurely walk about with the camera whatever time of day suits me. Today I was in a frenzy to get my mulch pile reduced and a few new plants installed before it rains (again) tomorrow.Photos taken in haste and I probably missed a few. Spring clean up and weeding has proceeded at a frustratingly slow pace due to the continuing precipitation we are experiencing here. At this point It's likely I will make it well into May before I have to water anything in the ground.  Last April I featured my roses, but this year there are only a few that have opened    Two flowers have appeared on the floribunda 'Our Lady of Guadalupe' .   ' Honey Perfume'-which ironically has no detected scent to me-is the only rose that is in full bloom at the present. It's position on the hell-strip with plentiful all day sun is probably a factor. My beloved Madame Isaac
16 comments
Read more

Morning at the Ruth Bancroft Garden 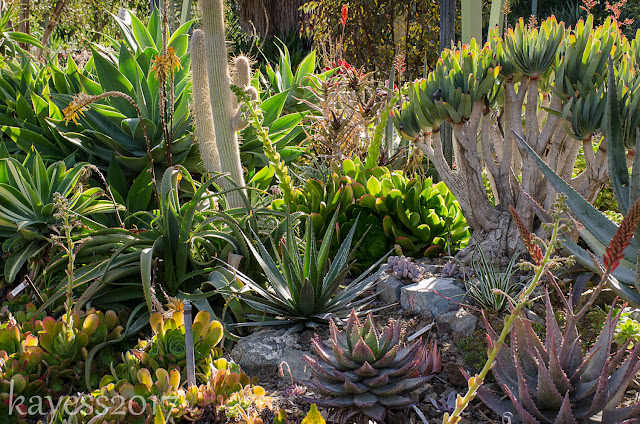 Photography workshops at the Ruth Bancroft Garden are popular, typically filled and thus continue to be scheduled. I'm pretty sure I've been to all of them. As usual, the attendees are admitted to the garden at 8am a full two hours before the garden opens to the public. The difference in light between 8 and 10 is significant, and because Walnut Creek is inland from the bay and less prone to marine influence even 9am can be bright and contrasty.I posted about the January workshop here , and you can see how gentle the light was compared with this spring visit. The workshops are conducted by John Ricca , are free to members of the garden and a bargain for those who are not. The covers have been taken of the tender plants, though I saw many of the more portable covers stashed here and there in the event of a late frost. The area depicted here was under protection all winter.  The Aloe blooms were mostly done but a few still lingered.  We were encoura
16 comments
Read more
More posts