Over at My House

- November 03, 2012
A review of the blogging year thus far indicates that I have rarely posted about my own garden in 2012. This seems logical to me, as I started out the spring removing several mature shrubs (or more accurately I hired out the removal ) and while I enjoyed my garden this summer it seemed somewhat barren, with little worth sharing.

It's enervating to start over in a garden; there's nothing that has as much promise for a gardener as a nice patch of emptiness. My spring demolition was only the beginning, I have since removed several dayliles, 4 rosebushes, a very mature 'dwarf' muhgo pine, and a couple miles worth of Geranium sanguineum. Attempts are ongoing to hoik Pennisetum 'Bunny Tails' but I fear this may have to be penciled on to  the expanding 'hired-hand' list. In addition, I have tree issues that need to be addressed -these invariably strain the budget , but less so than having an old deteriorating tree fall on the roof.

No frost yet , so all is a bit blowsy as it waits for the inevitable.  These chairs sit on a concrete patio that once was the pad for a gazebo. 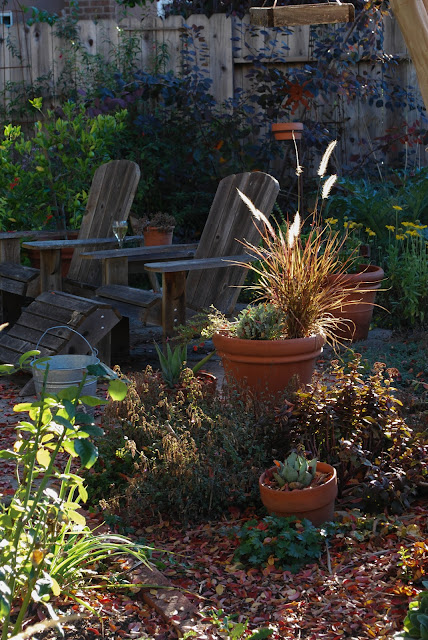 This was a 'dig area' last weekend, the foreground was a sea of sanguineum, and a 15 year old Graham Thomas rose was in front of the birdbath. G. 'Johnsons Blue' is to the left of the birdbath--I have a sentimental attachment to this plant -it really should go but I can't bring myself to apply the shovel. 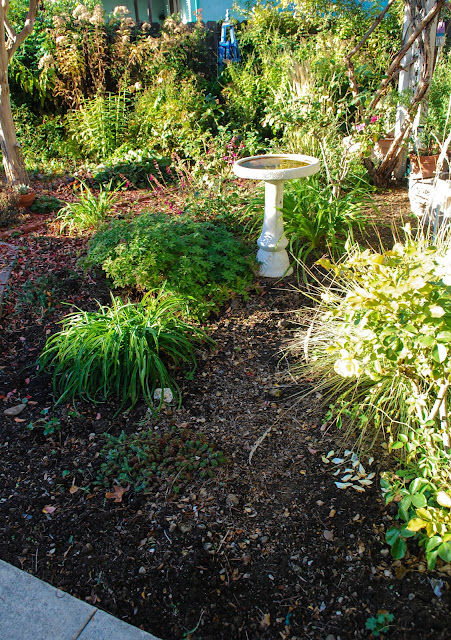 This Stipa gigantea is one of my favorite grasses, it spent the summer with an artichoke, Verbena bonariensis, and a Cotinus that I coppice every winter and seems to display increasingly octopus like tendencies in summer. 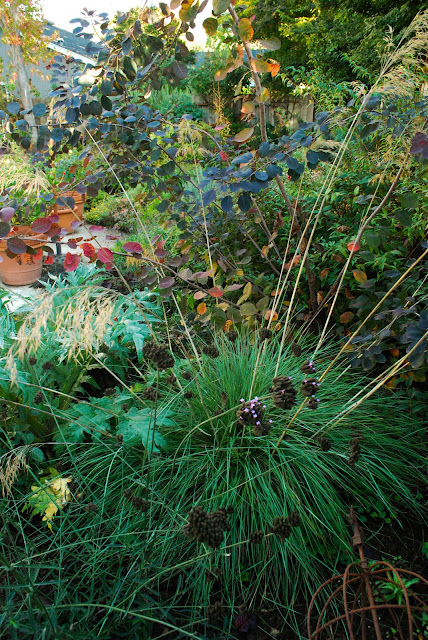 The Euphobias are volunteers, the guy on the right is on the hit list --the only plant I have ever known to completely engulf and emasculate a PeeGee Hydrangea.  Note the pathetic Pee Gee  flowers sticking out on the bottom. 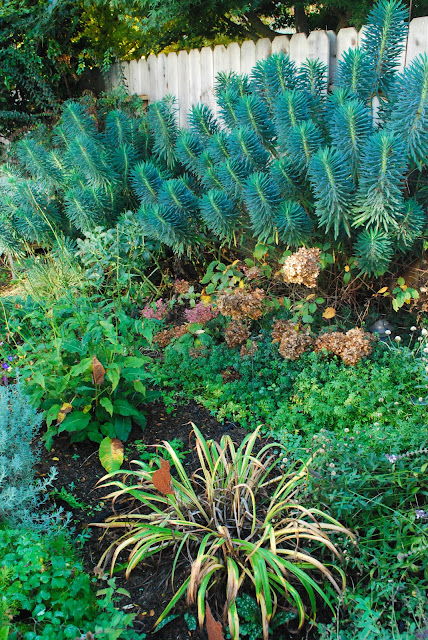 The Salvia 'Mystic Spires' here is at the end of it's run. This is a great plant but I want shorter stuff here..pondering my options. 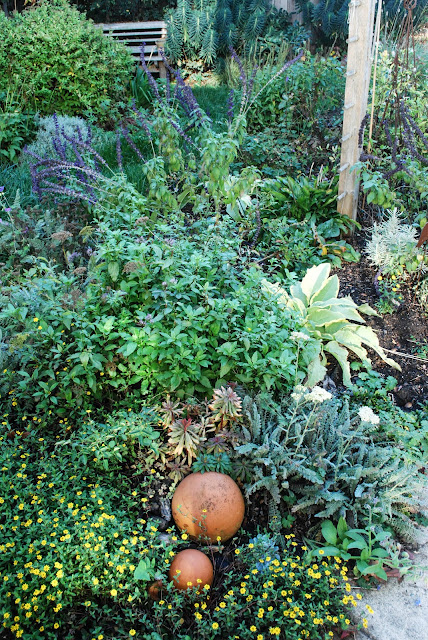 Another angle of the area in photo 2. I will be moving this birdbath and will install a fountain here in it's place, since this bed has electrical access near by. The Rudbeckia will be moved too- it was a volunteer and is flush against the concrete of the walkway. Hope it survives the move, it has easily been blooming for 6 months. 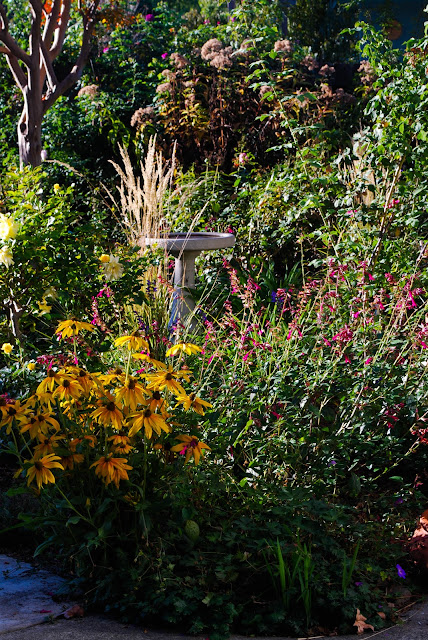 Some of the succulents are hardy here, the rest spend the winter inside or in the pop-up greenhouse. 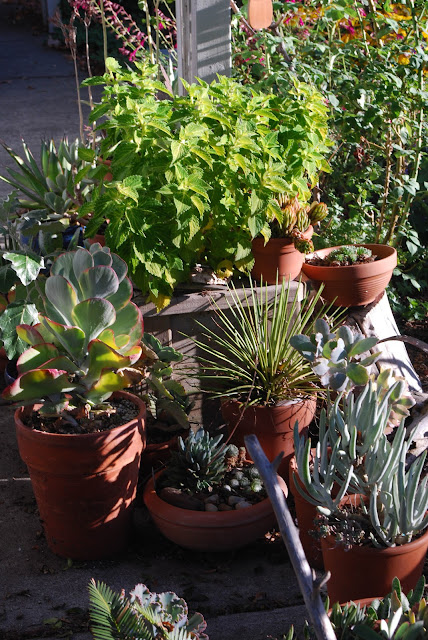