Except for a brief interlude at the beginning of the month when we were served up a half inch of rain , the low overnight temperatures here have been consistently in the low 30's with a few mornings dipping into the high 20's. Still, the afternoons climb into the mid-60's making for very pleasant gardening weather and I'm taking full advantage. The blooms this month are not abundant, but there are a few that are inexplicably still pumping out flowers with no sign of  damage from frost. It's interesting to observe the diversity of micro climates within my own small garden.

I look forward to the blooms and the fall color on the Hakone grass. Finding a spot where this grass would do well for me involved a couple of fails-eventually I succeeded. All three are watered almost exclusively with gray water. 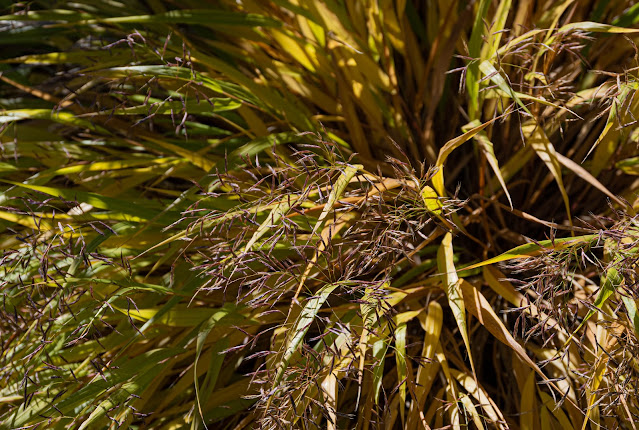 New to me this year , Jamesbritennia -I believe the cultivar is 'Goldstar'. Supposedly an annual  but so far shows no sign of biting the dust. 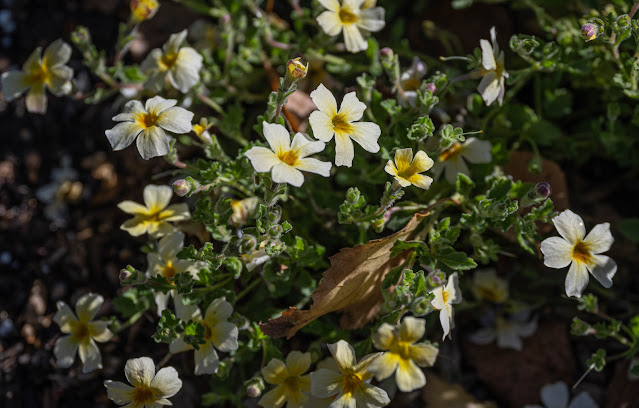 'Brass Band' is one of the best roses in my garden. After  probably 20 years here I have never seen any sign of disease. Still blooming now in November, unfazed by nights in the high 20's. For those who think roses are divas , I'm here to tell you selecting the right varieties for your climate will change the game. I never feed them, I don't spray and they can get by with much less water than one might think. 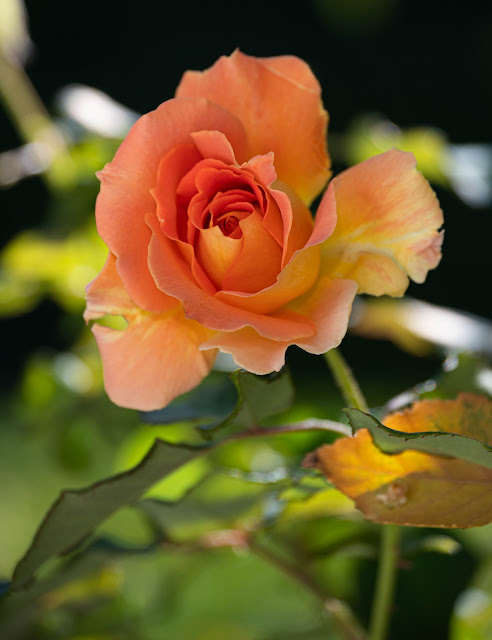 This container on my front porch contains Angelonia, and Heliotrope. It's not under cover , but apparently close enough to the house to protect it. The fragrance of Heliotrope is right up there with Basil and Citrus blooms. 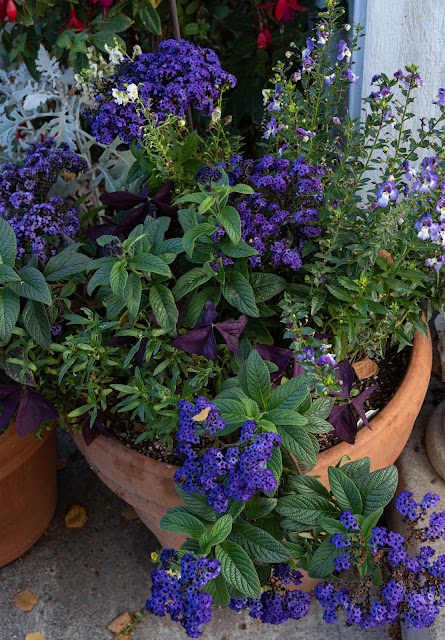 This Fuchsia is just behind the container above, but planted in the ground against a south wall. I think it's 'Mrs. Popple' but I've had it for so many years the tag has long since disintegrated. 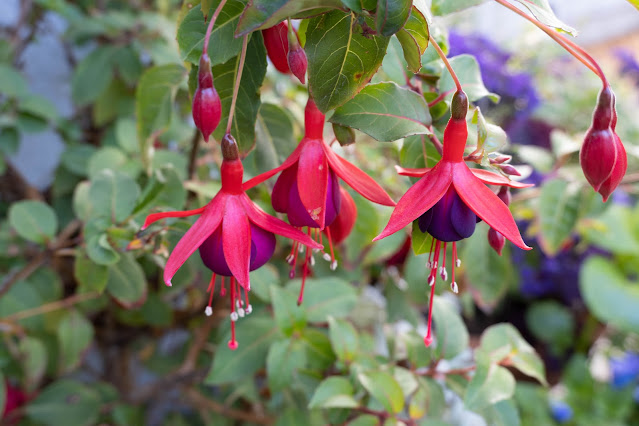 Helenium flexuosum from Annies. First year for me with this plant and I love it. I have been wanting to add a Helenium for quite a few years, but thought they would be water hog. This one did just fine this summer with my stingy watering. 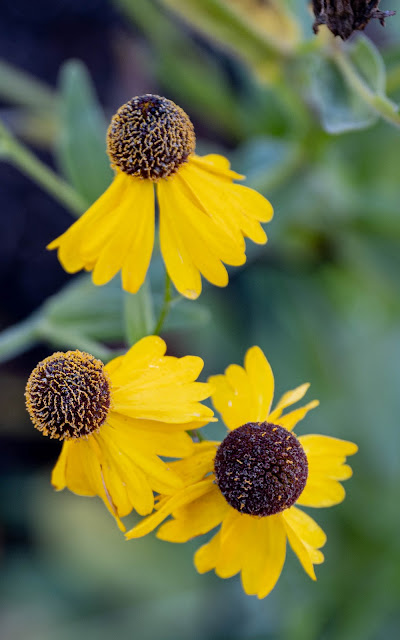 Leonotis still pumping out some flowers . 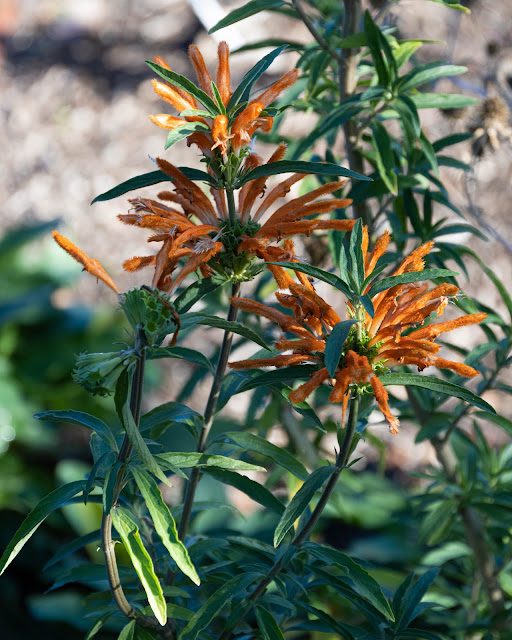 I took this photo this morning before digging this Zinnia 'Oklahoma Ivory' out. Still had buds and still had flowers . Certainly the most cold tolerant Zinnia I've ever grown. The plant was looking a little rough though so it was time to send it to the compost. I had 6 of them and the others were pulled last week. 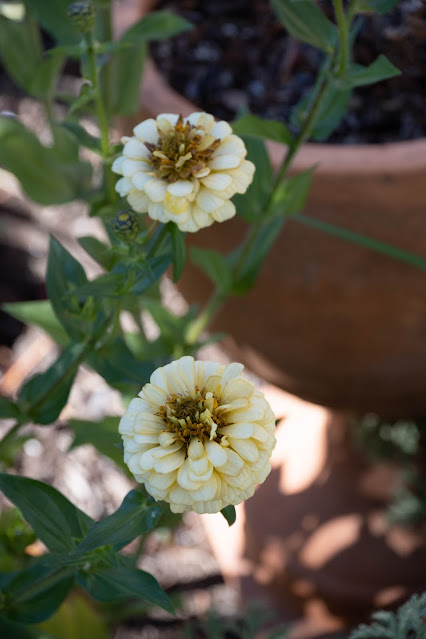 The Correas are becoming on of my favorite shrubs. Evergreen, low water and charming blooms. This one might be 'Pink Mist'. 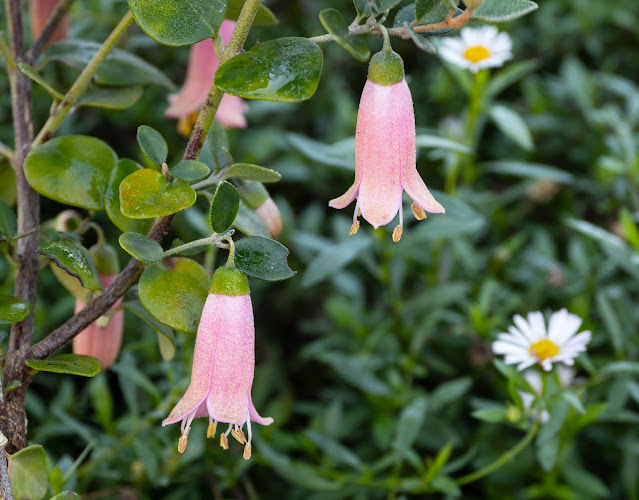 I decided to do Pansies again this fall after a few years hiatus. They are newly planted and don't look like much yet but I took a pic of this one to represent the few dozen I put in. 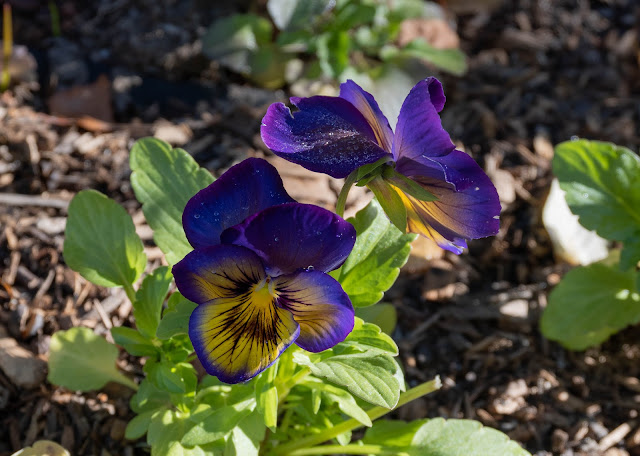 Cuphea micropetala is having a banner year. It's a late bloomer and most welcome in the fall garden. IT usually dies back when the frost comes but I think it's protected by the canopy of a birch tree that is always late to drop it's leaves. 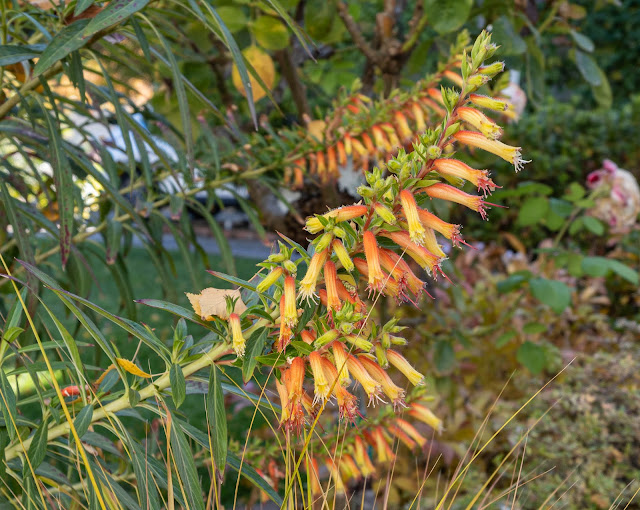 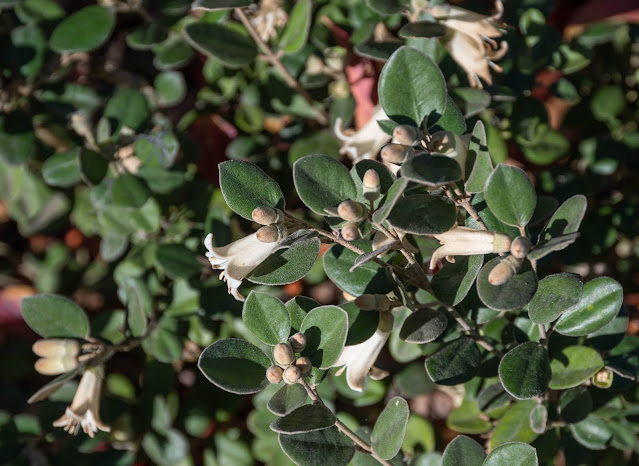 Grevillea 'Frosty Pink' . I was so happy to find a Grevillea that doesn't get 6 feet tall. The flowers are small-about the size of a walnut-but  so cute ! I bought this at Seaside Gardens down yonder in Santa Barbara and felt like it might be a risk in the cold department. It has powered through with no damage to the blooms or foliage. 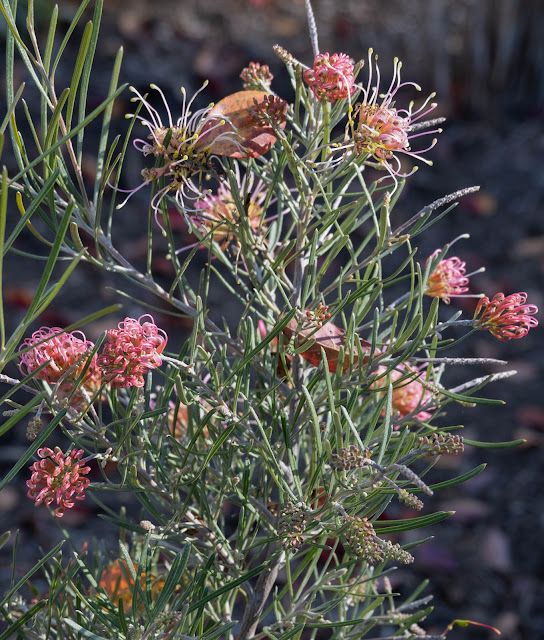 Check out the blooms shared over at May Dreams Gardens by our hostess Carol. 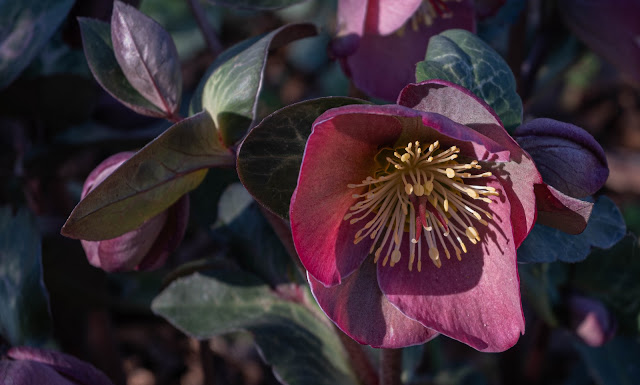 Things are finally settling down at the office and I managed to snap a few shots of the scant blooms in my garden this month. I have so many Hellebores blooming I decided to skip them over  and take some extra time to get better photos and give them their own post--I'm offering a token image since it wouldn't be a February Bloomday post without at  least one.   Acacia baileyana purpurea . I liberated this from a container in 2020 and it has rewarded me by doubling in size and blooming profusely.  This is one of my favorite plants -the blooms are not the only attraction . Gotta love that foliage. I don't have room for many trees in my small garden but this one is a manageable size and some concrete removal opened a spot where it can grow to it's full height.  This is Spirea ogon. I get no fall color in my zone which is unfortunate, and it is in fact evergreen here. I had a few blooms show up in November and I was afraid that was going to negate a spring bloom , but he
Read more