Cornerstone Sonoma opened some 15 years ago in Sonoma County  as a wine country marketplace featuring gardens as art , wine tasting and shops. The gardens are now and have always been free to visit, with the hope that visitors would spend some money in the cafes, shops and tasting rooms. The founders hoped to pattern the venue after the international Garden Festival at Chaumont-sur-Loire.   You can see the echos when looking at images of the French festival, and Cornerstone came the closest to it's French inspiration when in September of 2009, 'The Late Show Gardens' made it's debut. Not the typical spring indoor 'flower show' with it's displays of  tulips, cool season annuals and flowering trees ' 'Late Show' was a celebration of  summer harvest times and the richness of our wine country fall. Many of the display gardens addressed the climate and water issues that have since  moved closer to the spotlight for California gardeners. This was conceived as an annual event but sadly as it turned out it was one and done- no doubt the recession was a factor, not to mention the absence of a robust horticultural community in our region.  As the years passed rumors of a resurrection of the show came and went but eventually it became clear that was not due to repeat. In 2015 , Sunset Magazine sold their campus in Menlo Park -including their test gardens and outdoor kitchen -and moved to Oakland. They subsequently entered into a relationship with Cornerstone to home their gardens there and a few of the remaining Late Show installations were removed and opened space for Sunset. This was an encouraging development since the grounds had stagnated somewhat and it was definitely time for a refresh. A few years later Kate Frey created a beautiful and lively pollinator garden, which has turned out to be the last new installation to this point. I visited cornerstone in September for the first time since the pandemic and it appears more changes are afoot.

Any venue dependent on events and tourism had rough times in the last couple of years and I expect Cornerstone was no exception.Signs of decreased maintenance were everywhere and even the Sunset display gardens are getting tired and overgrown.

This area surrounding the glasshouse pavilion in the Sunset Test Garden is now mature and looks pretty good but it won't be long before some subtraction may be in order. 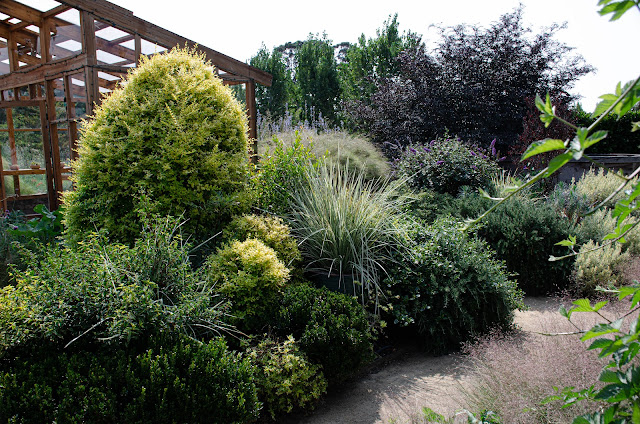 This bed of Festuca is not great . 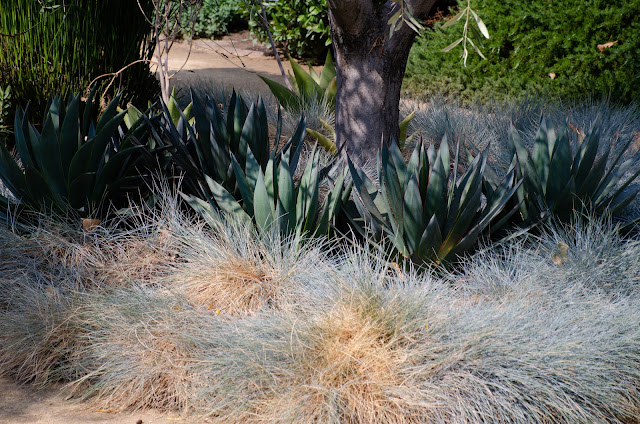 And some badly pruned Lavandula 'Meerlo' engulf an Agave. These were basically chopped off at the beginning of the patio that this bed adjoins. 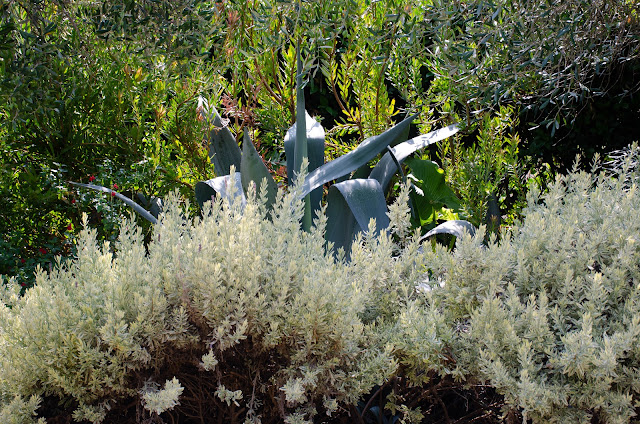 The cutting garden looked ok but disheveled. My garden looks disheveled in late summer/early fall too, but I'm not open to the public. 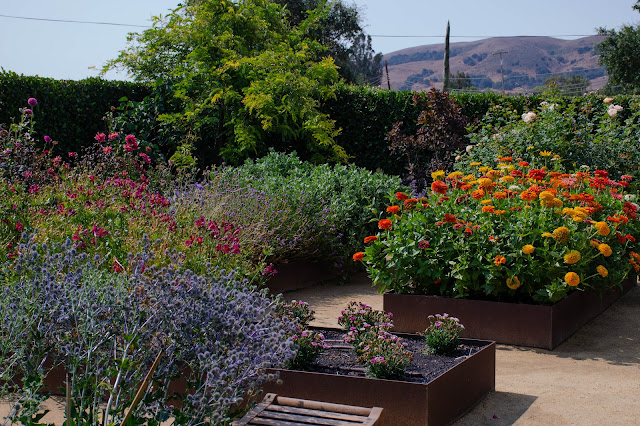 Outside of Sunsets' area of  Cornerstone there were signs of a change of focus. 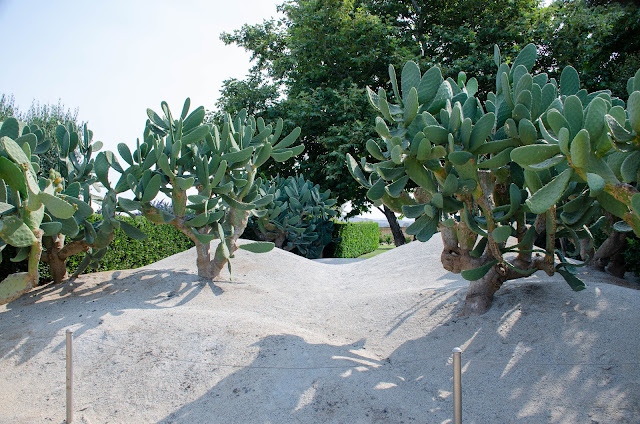 White Cloud by Andy Cao and Xavier Perrot has been partially dismantled. I have not been very successful at taking decent photos of this particular garden , but what I loved about it was the way the bank of faux clouds with its clusters of crystals as raindrops could be seen from many points along the pathways looking like a tiny storm in the distance. 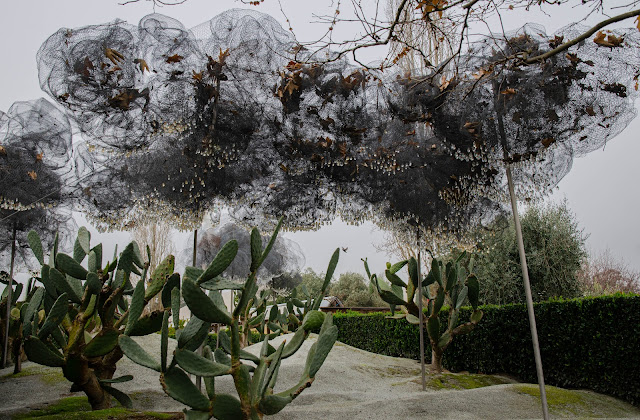 Here it  is viewed from the Pollinator Garden -I think in 2019. 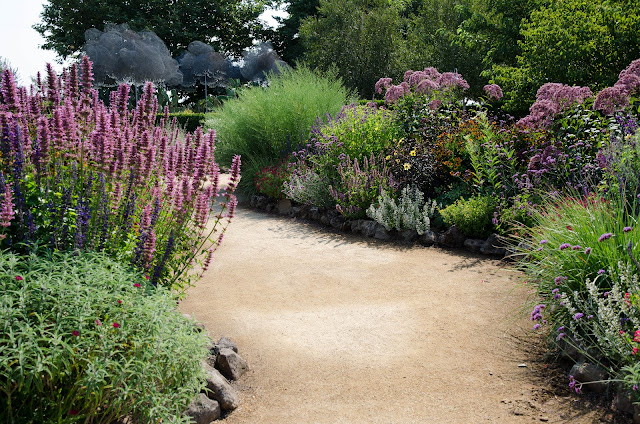 This was a demonstration vineyard. Removed and replaced with...lawn. 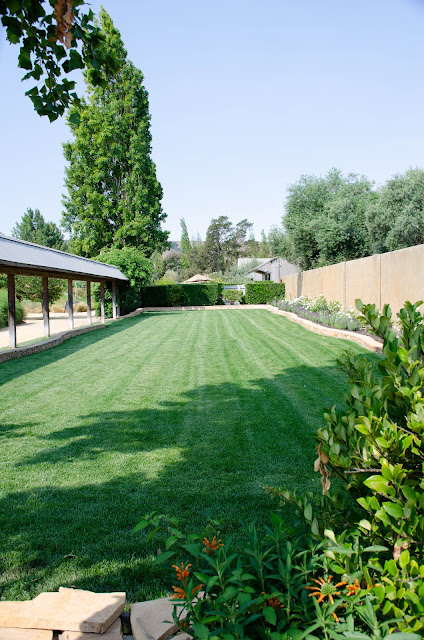 Worst of all was the condition of John Greenlees Mediterranean Meadow which was almost unrecognizable in spots. 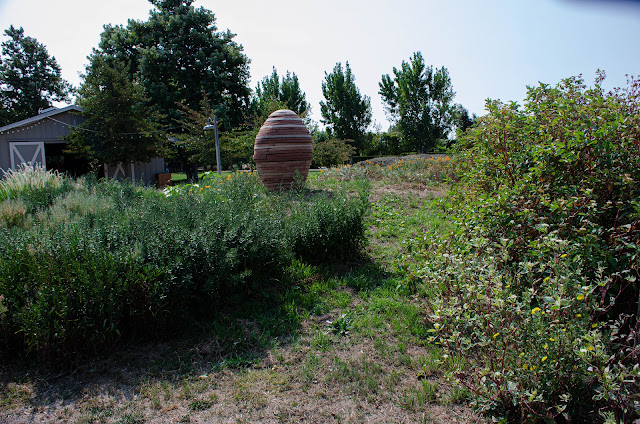 A few rows of what appeared to be sunflowers inexplicably plopped into a spot where  grasses were cleared. 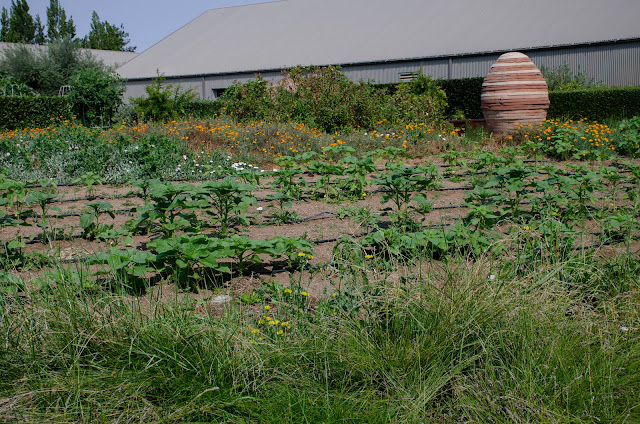 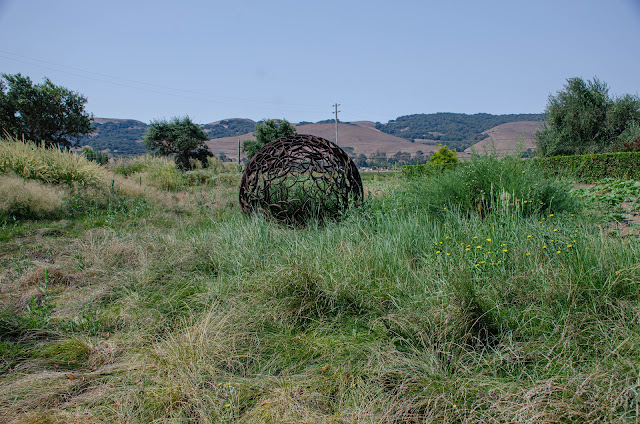 Here are few photos of Greenlees garden from  fall 2016 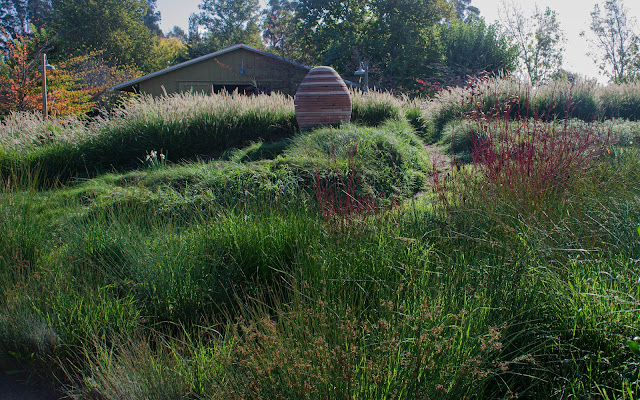 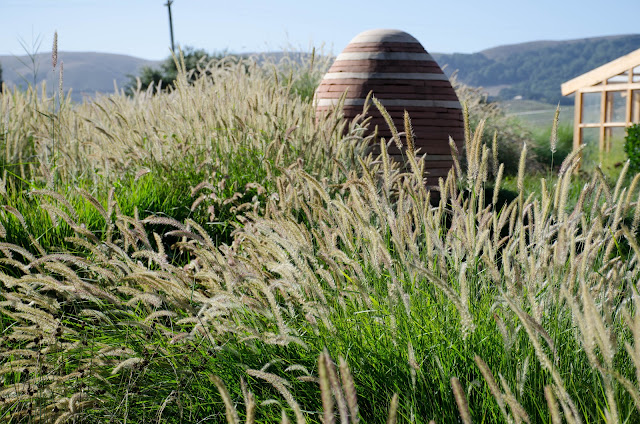 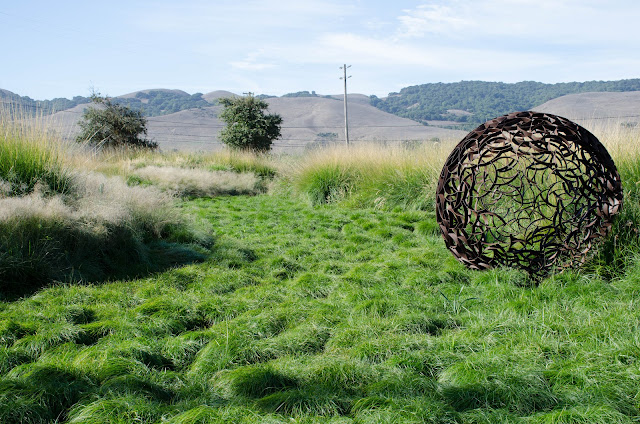 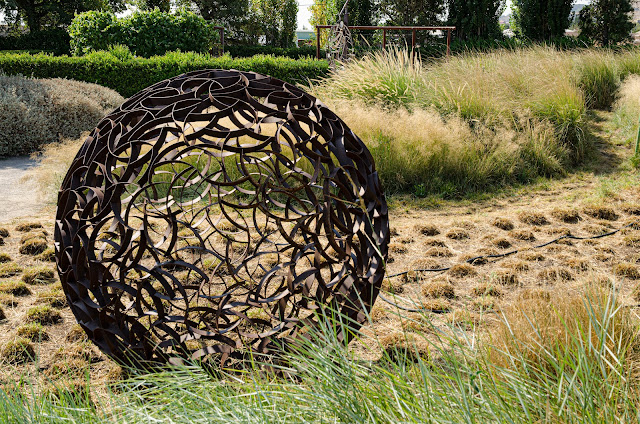 The Pollinator Garden was still going strong if a little rough around the edges-which is ok for a garden of this sort. There were some things that could use some editing due to over enthusiasm but based on what I was seeing elsewhere those sorts of skills were in short supply at Cornerstone. 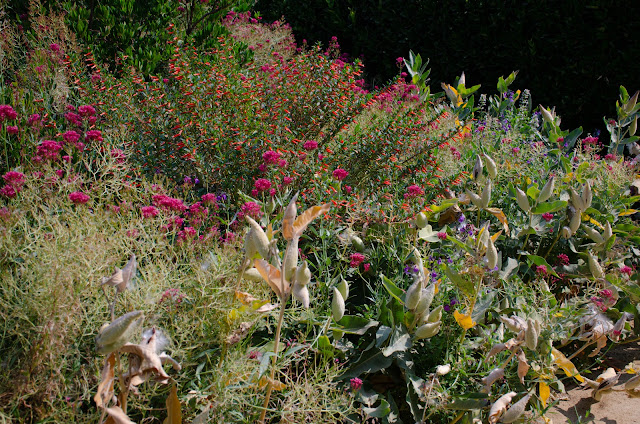 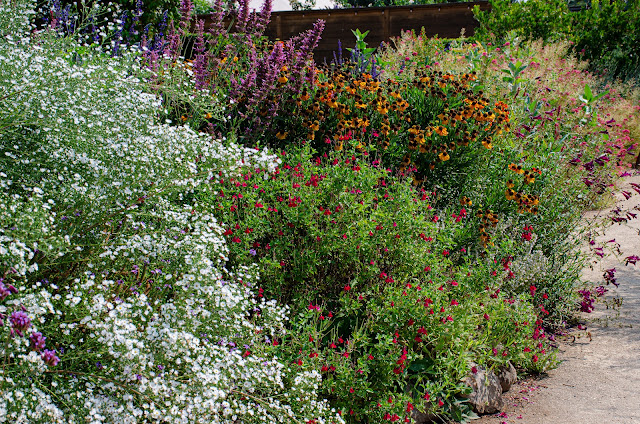 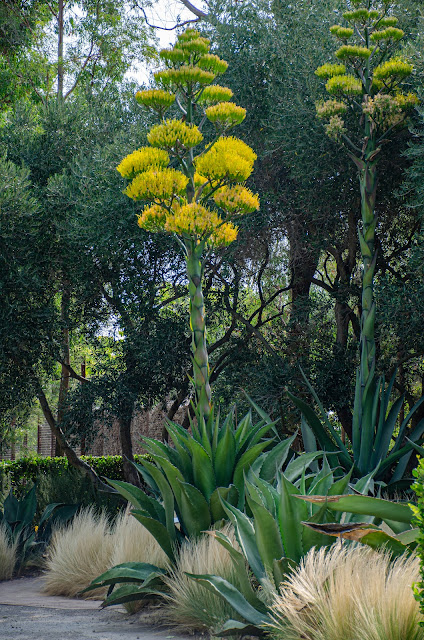 I'm not sure what will become of this James Van Sweden and Sheila Brady garden- the Olive trees that were a small backdrop when the garden was first installed have grown to the extent that almost the whole thing is deep shade . You can't knock a bloomy Agave though-this was one of 3.

Back in the day-I think the rosemary is long gone.

Gradually I have seen space that once held gardens converted in to event areas-the lawn planted in the former demo vineyard is only one example. My hope is that all of this is just another Covid era pivot . I've made a note to go back next spring and see what things look like then. 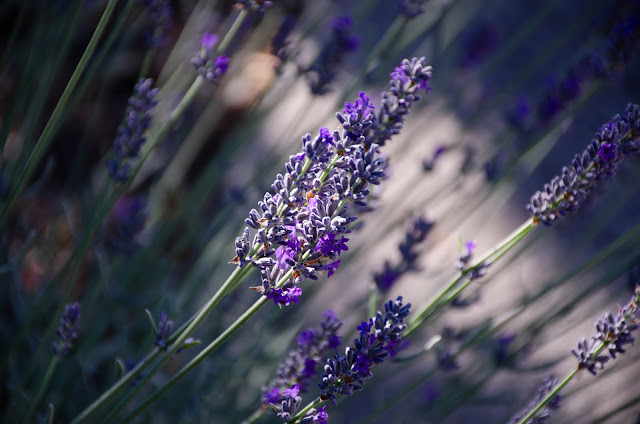 The 15th of June this year is not only Bloomday , but the day that California rolls back many of the restrictions we have been living with since round about March Bloomday of 2020. I surely never imagined what a long road this pandemic has turned out to be.  The downside is that my days of working from home are numbered -I  am pretty sure we will be full up again at the office in a few weeks. But lets get on with the flower action-a small selection of what is blooming in my garden this month . All Lavenders are in full bloom. I only have 4 this year-so many varietals and so inexpensive and readily available I change them out every 3 years or so before they get too woody.   This Asclepias speciosa from Annies has a long history-bought it in a 4" pot and the original plant died rather quickly, but not completely. I have had it coming up here and there for several years -most are pulled and a couple are kept to see if they might actually either attract some monarchs or bloom. And th
Read more 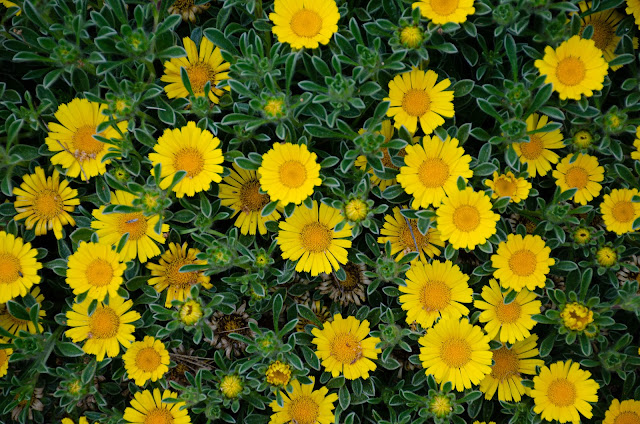 May is always a bit of a pinnacle for bloominess in my garden, and as an added historical element the CDC decided that my fully vaccinated self can de-mask outside and inside. However, I won't feel the return to normalcy until I can grocery shop mask-free. In spite of everything though , GB Bloomday has continued on-no masking needed.    This is Asteriscus maritimus 'Golden Dollar'. I planted two of these last spring in my Agave meadow, and it is a winner for sure.  Climbing rose 'Sally Holmes '. Sally has benefited this year from a very large branch that was removed from a neighbors tree , and a very hard pruning this winter.  Clematis 'Niobe'. Usually the first Clem to bloom , this year the variegated Wiegela just gained a bit to much size and set it back a bit. I'll be doing some control pruning on the Wiegela this weekend.   The scented Pelargonium 'Attar of Roses'. It's a beast. Not quite there yet but I'm so jazzed that my Yucca &
Read more