- September 21, 2010
Roses have been a feature here and in every garden that has owned me- the inventory is still 60-ish. They've been tucked in where ever the 6 hours of direct sun can be relied on , and the fences hold up the climbers. The patio cover over Succulent Alley features both  Lady Banks and Cecile Bruner, 2 monsters that should probably never be in the same garden unless you have an acre - and I am far from that type of real estate.  I believe that Cecile and the Lady are in fact holding the pergola up rather than the reverse. This particular infrastructure has seen better days, but the cap-ex budget is drained.

The roses are being re-thought this fall , and the under performers that I have tolerated for too many years are on the way out..'Evelyn' is in the yard waste bin as we speak. Ugly knees, weak necks, black spot, rust..adios dudes.

Day Breaker (Floribunda, 2004) has earned it's place. There is rarely a time from late April to November when it has no blooms, and it seems impervious to disease, heat waves and cold snaps .No weak necks , healthy foliage and it makes a great cut flower. I've never fed it .This winter after pruning it will be moved to new digs where it won't hide Salvia ugilinosa . 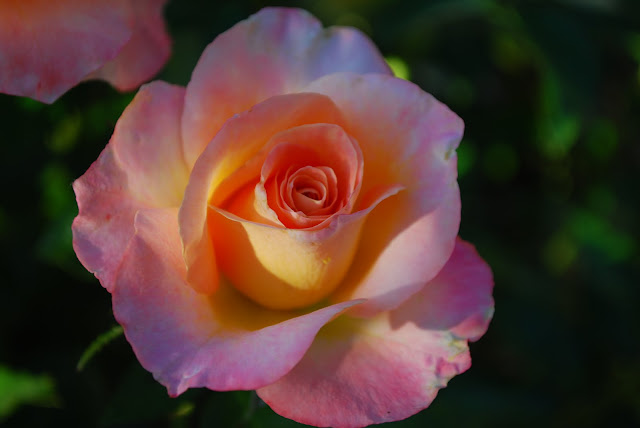 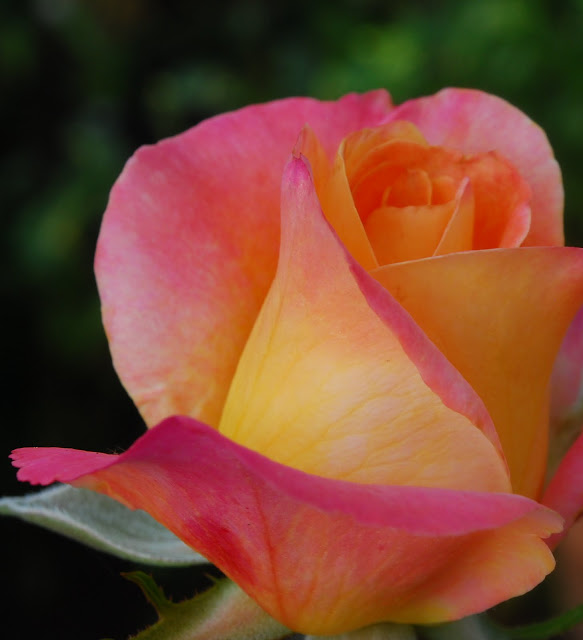